Take a Look Inside Twitter's Algorithm I Different Gravy Digital

Take a look as we dive into Twitter’s Algorithm. 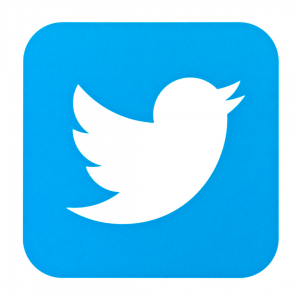 Understanding social media algorithms is crucial for marketing, since it can have a huge impact on your brand’s reach. We’ve discussed Facebook’s and Instagram’s Algorithm, so now it’s Twitter’s turn.

Getting Started with Twitter’s Algorithm

But the move towards algorithms has caused many brands’ organic reach to decline. It’s been over two years since Twitter changed their time line from chronological to algorithm-based.

If you’re still at a loss with Twitter’s Algorithm, or you’re looking for a quick re-fresh, then stay tuned and pay attention.

Twitter published a pretty detailed guide to their algorithm in May 2017, which you can read here. But be warned it isn’t exactly an easy read. We’ve summed up the main points to save you a considerable amount of time. 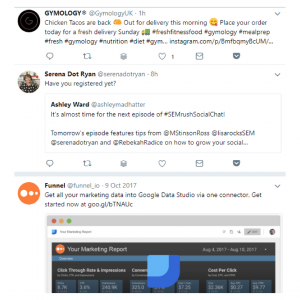 Your Home timeline presents a stream of Tweets from accounts that you follow on Twitter. Tweets that you most likely want to see (we’ll talk more about that later) will be displayed at the top.

You could be shown a summary of Tweets you might have missed, labelled ‘In case you missed it’.

“Every time you open your phone or refresh your timeline, we score every Tweet from the people you follow since your last visit to determine what Tweets to show you at the top.”

To determine whether a Tweet would be engaging to a specific timeline, Twitter considers three main characteristics:

So, from Twitter’s model you should consider … 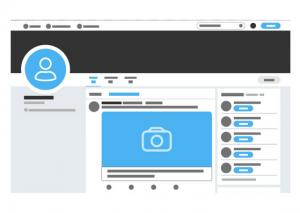 Twitter are hoping to make further improvements to their platform, which is the whole reason they launched the Algorithm in the first place.

“In the field of machine learning, deep learning and the development of AI-related work these last few years has led to an unprecedented (and ongoing) burgeoning of new ideas and algorithms”

They hope to further understand every single Twitter user, Tweet and engagement on the platform to boost the relevancy for everyone.