Has Your Facebook Data Been Shared with the Cambridge Analytica 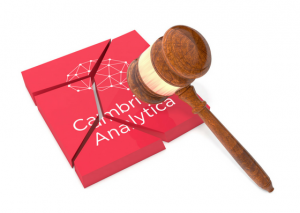 From today, Facebook will be notifying the 87 million people whose personal information may have been involved in the data scandal; the Cambridge Analytica.

The scandal meant an estimated 87 million Facebook user’s personal information was snapped up by the political firm through Facebook to influence voters.

Those who’s data has been shared can expect to receive an important message on their feeds.

Facebook has stated most of those affected are from the US, but also over a million each in the UK, Indonesia and the Philippines.

The Cambridge Analytica – What’s Next?

Apparently, every Facebook user, all 2.2 billion, will receive a notification on their newsfeed labelled, “Protecting Your Information”. Users can then be directed to a detailed message on which Facebook apps they use and the data that is shared by using those apps.*

Users will then have the choice to shut off apps individually or block third-part access to all their apps completely.

Mike Schroepfer, Facebook’s Chief Technology Officer, has commented, “As part of this process we will also tell people if their information may have been improperly shared with Cambridge Analytica,”

Please note that Facebook said, “Starting on Monday”, so we can’t be 100% certain when we can expect to receive a notification about how our data has been used.

Whilst Facebook have denied misusing data, Zuckerberg is set to soon testify by Congress.

Facebook has been under fire for a lot of problematic and questionable moves this year, which has resulted in the trending hashtag #DeleteFacebook encouraging users to cut all ties with the Social Media Giants. We’re uncertain as to whether Facebook can recover from the Cambridge Analytica. What will it take for users to trust the company again?